Gillette Trac II has long been known for being a high-quality, cheap, and durable shaving razor. However, the razor has suddenly vanished from the stores and, people are curious where they have gone. Continue reading to find whether Gillette Trac II was discontinued or short in the market.

The direct distribution of Gillette Trac II was discontinued but the razor and blades are still being manufactured by the Gillette Plant in Russia. You can still purchase through online aftermarket sources like Amazon.com and Razors Direct.

Read on to get a deeper understanding of what happened to these razors.

When Did Gillette Trac 2 Come Out?

In 1971, Trac 2 became the world’s first two-blade razor. The second blade, according to Gillette, lowered the number of strokes required and minimized facial irritations.

Among all the amazing Gillette razors, the Trac ii has been famous for giving that quick and easy shaving experience without breaking a bank.

The majority of the razor’s buyers are from India and the USA and these people love the Track II. However, the Gillette Trac II suddenly got short on the market and was ultimately discontinued.

As far as most people know, these Gillette Trac II razors slowly went out of stock. But soon they were phased out of stores when the company stopped manufacturing the razor. On not finding the razor in stores, a lot of shaving enthusiasts expressed their desperate need and rage on the internet.

Only a few stores are still selling the original razor’s cartridges and handle under different names.

Why Was the Gillette Trac II Discontinued?

There are a number of reasons why the Gillette Trac II was discontinued out of the blue. It was hard to believe that the brand had discontinued one of its high-selling shaving razors.

Not only did it impact the overall sales of the brand but also caused a fuss among the regular users.

However, Gillette has not given any public statement about this sudden and unexpected news about the razor discontinuation.

However, the rumoured news is that Gillette wanted to garner attention towards its new shaving razors. Due to this, the Gillette Trac II was permanently discontinued to convert at least half of its sales to other high-priced razors.

Where Can I Buy The Gillette Trac II?

The easiest place to get these razors is on Amazon. Check them out: 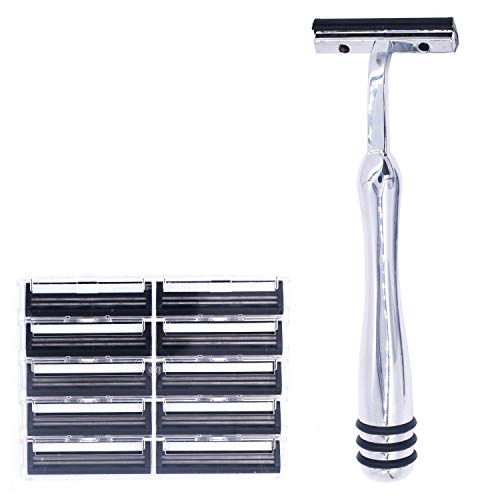 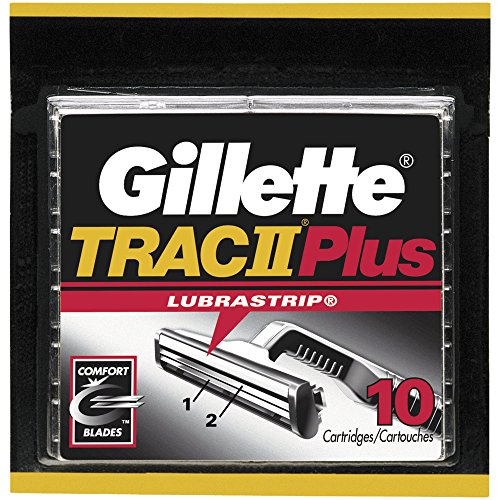 Is A Two-Razor Blade Good?

If the idea of more blades makes you nervous about cuts, you’re not alone. To avoid nicks, some dermatologists suggest using no more than two blades.

When razor heads cover a greater surface area on sharp curves, the razor becomes more difficult to control. You’ll nick yourself if the blade can’t fit the surface.

What Can You Use Instead Of Gillette Trac II?

Despite the discontinuation, there’s still a high demand for the sharp, safe, and long-lasting steel blades of Gillette Trac II.

Not only are such razor blades hard to find, but they are also quite expensive which has caused shaving enthusiasts to look for other effective alternatives. After trying several other razors, many people found it hard to find good alternatives, but many have used other vintage Gillette razors.

Is This Alternative Better Than Gillette Trac ii?

Soon this amazing alternative proved even better and efficient than the original Gillette Trac II razors. It is because those razors didn’t have any advanced features and consume comparatively less time and effort when shaving as today’s modern razors do.

However, the razors made by using Gillette cartridges and handles were pretty flexible. With that being the case,  these new razors gained immense popularity plus rave reviews says it all.

The famous Gillette Trac II shaving razors have officially been discontinued for store distribution. However, you always have the option to it from an online store or use any of the other smart Gillette safety razors.

MenShavinClub is a participant in the Amazon Services LLC Associates Program, an affiliate advertising program designed to provide a means for sites to earn advertising fees by advertising and linking https://menshavingclub.com to Amazon properties including, but not limited to, amazon.com, endless.com, myhabit.com, smallparts.com, or amazonwireless.com.

Our website is made possible by displaying online advertisements to our visitors. Please consider supporting us by disabling your ad blocker.