In 2015, rumors were brought to light about the alleged discontinuation of Williams Shaving Soap. The stories were debunked when the company clarified that the product was not discontinued. It was instead put on limited production. A quick visit to the Williams Shaving Soap website shows that the product is still being produced and distributed for sale.

You can purchase the Wiliams shaving soap on Amazon here. You can also check the Wiliams Soap website.

Shaving can be defined as a process of hair removal. This is accomplished by using a blade or razor to trim hair down to the skin.

Shaving soap is a soap used to create foam (lather) when paired with a shaving brush. The foam produced by the shaving soap is used to cover the face in preparation for a shave.

Shaving soaps were first introduced in the 14th century, they gained acceptance and were widely used until World War 1. Shaving soaps were the optimal choice for shaving until the introduction of shaving creams in 1950.

Even now, in the modern age, shaving soaps are still held in high esteem among traditional shavers who enjoy the wet shaving experience.

Today, many shaving soaps like Williams and Proraso shaving soap and creams have lasted many years.

James Baker Williams was born in 1818 in Lebanon, Connecticut. When he turned 16 he started working for a general store in London. At the age of 16, he was offered part ownership of the store, which he accepted. 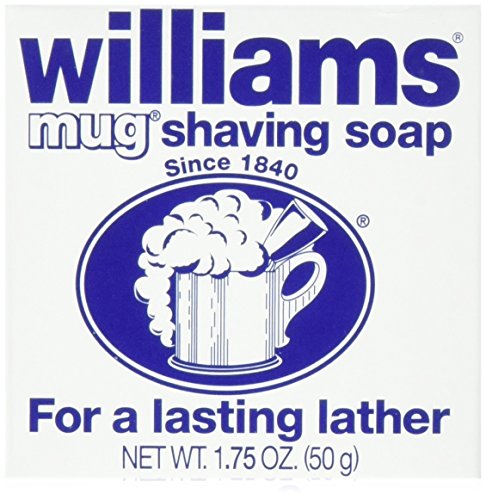 Two years after that, in 1840, he sold his ownership in the store but held on to his shares in the medicine department. After a short period of time passed, James Baker went into a partnership with his brother George.

Together the brothers founded a company and titled it “WILLIAMS AND BROTHERS”. It was after this alliance that their first product “WILLIAMS GENUINE YANKEE SOAP” got developed and marketed.

It is interesting to note that, when the Williams brothers introduced this product to the market, it was reported to be of better quality when compared to others on the market. This led to a boom of imitations and counterfeit products. It was so rampant that the brothers were frequently involved in lawsuits.

The business was operating out of Manchester till 1847 when James Williams divided the business with his brother and moved to Glastonbury. The company name was also changed to “James B. Williams and Company”.

Up until his death in 1907 at the age of eighty-eight, James Williams handled and oversaw the general operations of his company. After his death, The Williams family continued to run the business in Glastonbury.

In 1957 the business was sold to “PHARMACEUTICALS INCORPORATED”, a conglomerate operating out of New York. The new owners moved the Williams firm to Cranford, New Jersey. The name was changed to “J.B. Williams Company”.

In 1971, the J.B. Williams Company was sold to Nabisco, where the original Williams shaving mug soap is still being made today.

In 1840, James B William factory-made the first shaving soap for use in shaving mugs. Today, William Mug Shaving Soap is still number one because it lathers swiftly, and the lather lasts.

Regular soaps tend to have a very tinny watery lather that is perfect for washing off dirt and filth, but it will not provide much defence from a blade. Therefore, shaving soaps are intended to create a much better and denser lather to give you that shield you need.

Where Is William Shaving Soap Made?

The original factory in Glastonbury, Connecticut, made shaving soap solely until 1960 when the manufacturing was moved to the Cranford, New Jersey Facility

Where Can I Find the Williams Shaving Soap?

Williams Shaving Soap can be found in most standard pharmacies and stores. For the more modern customer, various online stores are available on the Williams official website. Williams shaving soap can be ordered off Amazon (Link here) with no extra costs or charges.

MenShavinClub is a participant in the Amazon Services LLC Associates Program, an affiliate advertising program designed to provide a means for sites to earn advertising fees by advertising and linking https://menshavingclub.com to Amazon properties including, but not limited to, amazon.com, endless.com, myhabit.com, smallparts.com, or amazonwireless.com.

Our website is made possible by displaying online advertisements to our visitors. Please consider supporting us by disabling your ad blocker.