When it comes to aftershave, you have two main types as options – aftershave lotions and balms. In this article, we will be comparing both types of aftershaves to determine the best option for you.

Aftershave balms are much milder in scent than aftershave lotion and are very creamy. They also contain less alcohol than lotions. In addition, balms are not astringents. Instead, they hydrate and replenish the skin. Aftershave Lotions are good for tightening pores, sealing cuts and generally smell much stronger than Balms.

We should point to first of all that if you suffer from dry skin, or are prone to razor burn or bumps, then an aftershave balm may be the better choice for you.

An aftershave is a solution with ingredients made especially for the skin after being shaved. People apply aftershave for various reasons, such as but not limited to disinfecting their skin while minimizing the risk of any infections.

There are many aftershave products in the market today, including aftershave balm and aftershave lotion, and you need to choose which one to use because skin types vary in texture and oil content.

Aftershave Balm And Lotion: What Are They?

You have already heard of aftershave balm and aftershave lotion as examples of aftershaves, but really what are they? What are their differences? Don’t worry, as that is what we are going to do right here.

Aftershave lotion is an aftershave product that is less thick than a balm and is always more liquid in nature compared to aftershave balm, just as aftershave splash. 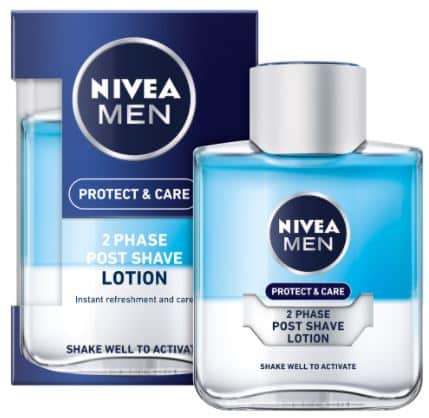 On the other hand, an aftershave balm is an aftershave product that contains nourishing and moistening elements focusing on repairing skin after a shave. 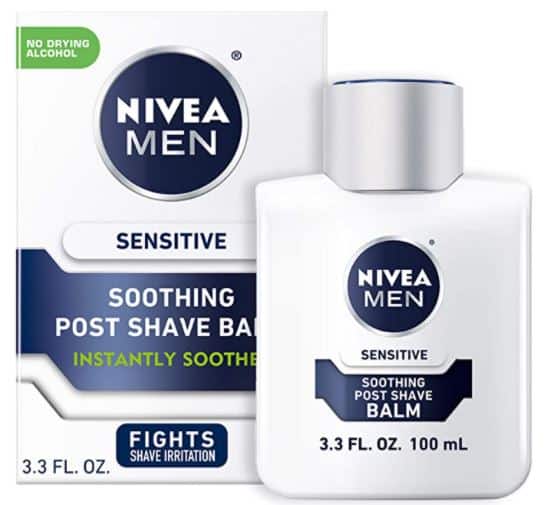 It is closer to a gel and creamier compared to other products. The balm is therefore often used to reduce skin tightness, irritation, and dryness.

To better understand these two products, we shall look at their differences in texture, alcohol content, fragrance, ingredients, microbial agent, and skin type.

As hinted above, there is a slightly sharp difference in aftershave balm and lotion. This is because aftershave balm is like a gel or cream in nature, and because of this thicker consistency, balm is always applied as a cream.

On the other hand, aftershave lotion is a runny liquid and is considered a mild version of aftershave splash.

The alcohol content helps close your skin pores that always open due to warm water used during shaving. This quick closing will, in turn, reduce your chances of getting bacterial infections.

Because it tightens your skin, alcohol dries out quickly hence leaves your skin dry within a short time. It is therefore not recommendable for persons with dry skins as it can cause skin irritation.

There are those men who love to smell nice because this little touch of sweet scent gives some confidence and comfort while moving around, whereas others do not like to have the sweet-smelling scent as they don’t want the attention being pulled towards them.

Fortunately, aftershave products manufacturers had all this in mind. If you love the pleasant scent, then consider aftershave lotion as your product.

If you do not like gracing long-lasting scents, go for aftershave balm because it has a very mild scent that will not last long. To learn more, check out our article where we explain how long different aftershaves last.

Lotion and balm have different ingredients used in preparing them. Some of the common ingredients used for aftershave lotion include water, aluminum starch, octenyl succinate, glycerin, myristyl propionate, mineral oil, and fragrance.

According to the Manlikeness kit, glycerin is a hygroscopic ingredient that draws moisture from the air to the skin, hence giving a moisturizing feeling to the skin. The aluminum starch is used as an anticaking agent, while mineral oil enhances skin quality.

For aftershave balm, its most common ingredients are glycerin, aloe vera, and allantoin. The aloe vera in this product makes it improve skin quality. In fact, did you know that you can use aloe vera as an aftershave? Glycerin is used as a hydrating agent, while allantoin serves in the desquamation of the upper layers of dead skin cells.

Because of the high alcohol content in aftershave lotion, this product helps in destroying various types of bacteria and fungi. It keeps skin and cuts protected from any germ that can occur after it has been shaved.

On the other hand, aftershave balm uses its oil content, such as coconut and aloe vera, to fight bacteria. This comes in handy considering that it has less alcohol content.

Every person has a different skin type, and it is necessary to understand your skin type before choosing an aftershave product.

One suggested way of determining your skin type, whether dry or oily, is to always check for the following characteristics: flaking, roughness, and evenness of the texture. For example, if your skin is flaking, itching, and has a rough texture, it is dry, while normal skin is always clear. Those with oily skin always look greasy.

If your skin is oily, it is better to go for aftershave lotion since aftershave balm contains oily components that can create a more oily appearance.

Aftershave Lotion Vs. Balm – Which Is Better?

We need to consider a few things such as alcohol content, scent, and product availability to determine the best aftershave between aftershave lotion and balm.

Aftershave lotion has a high alcohol content which, when applied on a fresh cut, causes sharp pain to the user, unlike balm, which reacts gently with the skin.

Most men hate the long-lasting scent, and while aftershave lotion has a variety of scents, you can pick balm for the lack of or less scent.

Again, an aftershave balm is comparatively cheap, unlike lotion hence its availability to even low-income earners.

As they perform different roles based on skin conditions, it is not easy to say one is better than the other. Therefore, it is essential to consider the factors before deciding whether to choose aftershave lotion or balm. Enjoy your aftershave!

It's rare to find shaving creams with natural medicinal ingredients that enhance shaving, like the Santa Maria Novella shaving cream. Many men love the scent and freshness of menthol that this cream...

In search of a soft, smooth, and affordable shaving lubricant, Maca Root Shaving Cream is the best option to go with. Known for its excellent lathering properties and long-lasting impact on skin, it...

MenShavingClub.com is for the manly man. For the classic man who believes in proper grooming and style. We are a community of men who believe in investing in our appearance. We are about feeling awesome by looking awesome.

MenShavingClub.com is a participant in the Amazon Services LLC Associates Program, an affiliate advertising program designed to provide a means for sites to earn advertising fees by advertising and linking to Amazon.com.