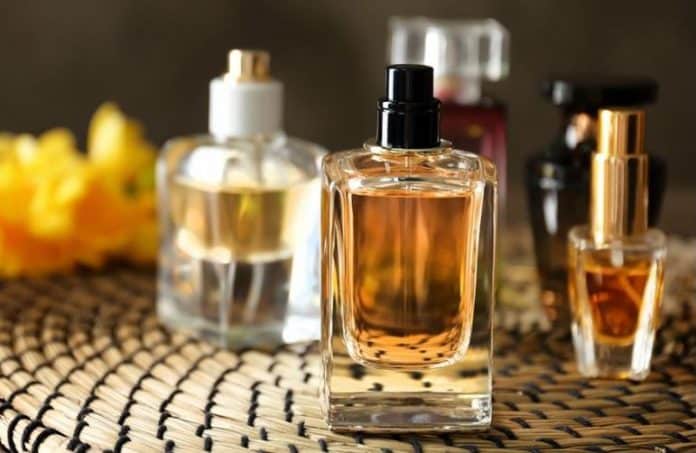 In the perfume market, 27% of all scents developed are for men. They are essential for the man of discerning taste. Aftershaves and Eau de toilette are some of the most commonly used scents because they are suitable for everyday use.

If you’ve ever gotten the two mixed up, you’re not alone. Many people might confuse these two produce simply because men often use both as cologne. Yes, aftershave is often used as cologne.

In this article, we will shed some light on what makes each of these products unique.

Aftershave and Eau de Toilette each have their own special uses. Aftershave is more of a skincare product and antiseptic that keeps bacteria at bay while also offering added moisture after shaving. It can also be used as a cologne and is has a mild scent that fades within 3 hours. It is therefore used for it’s shaving benefits rather than aromatic benefits. Eau de Toilette is purely fragrant with a higher percentage of aromatic oils. It is not an antiseptic. If you need your scent to last throughout the day, then Eau de Toilette is the way to go.

The Origins Of Aftershave And Eau de toilette

The Origins of Aftershave

So what is aftershave and what does aftershave do? Aftershave was first invented to prevent infection. The shaving blades used in early times were blunt leading to lengthy shaving times and lots of nicks and cuts. 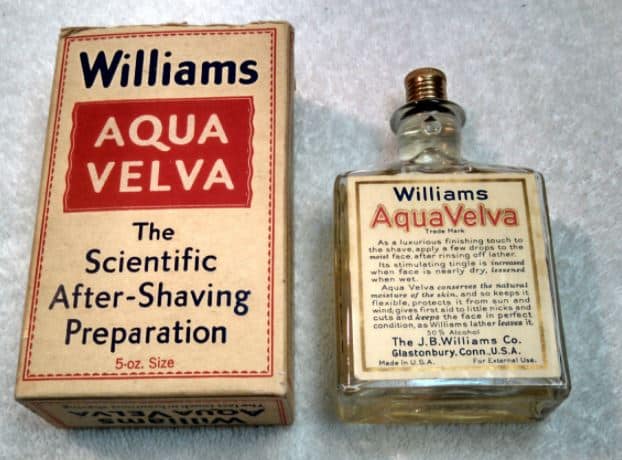 If such cuts became infected, they would sometimes lead to fatal infections. Yes, shaving cust can be dangerous. Barbers, therefore, had to incorporate an antiseptic element into their shaving routines. Of course, overtime shaving blades got better, which is why many classic men prefer vintage shaving blades, but aftershave is still used to soothe the face after shaving.

Hungarians were the first to experiment with fragrances, lotions, and scented waters. In time their ideas spread across Europe and America and quickly became the norm.

The Origins of Eau de Toilette

Eau de Toilette, on the other hand, has quite a mysterious past. Little is known of its origin. There are however records pointing to Queen Elisabeth of Hungary circa 1300 as having used a mixture of sweet-smelling oils and alcohol as a perfume. 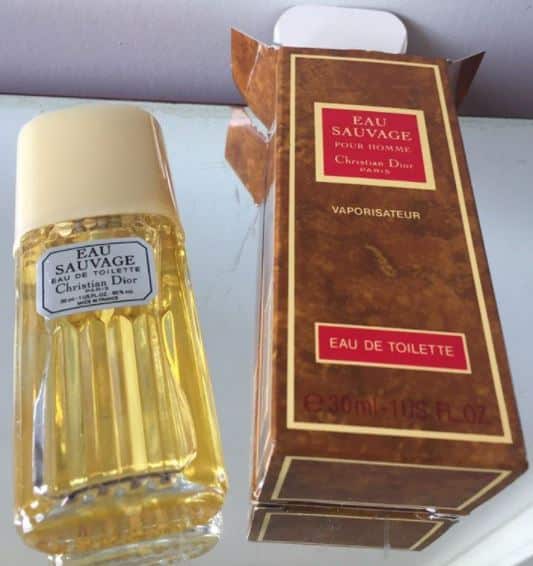 Traditionally, the ‘toilet waters’ were named after a main ingredient such as lavender water, rose water, lilac water, and jasmine water.

Today the word Eau de Toilette is used to describe fairly strong perfumes used by both men and women.

Typically aftershaves contain fragrance oils to a concentration of 1% to 3%. This means that the scent in aftershave is quite mild and fades away quickly.

They contain an astringent and an antiseptic agent responsible for the closing of pores to keep out bacterial infections. They also soothe and hydrate the skin.

Eau de toilette contains fragrance oils in the range of 5 to15% meaning that they last longer than most aftershave fragrances.

They are suitable for use as an everyday scent and provide a light, fresh fragrance that lasts through the day.

Eau de Toilette tends to be more expensive than aftershave as it is less diluted in terms of fragrance.

What Are They Used For?

What Is Aftershave Used For?

Aftershave provides many benefits apart from the fragrance. However, your aftershave should be selected according to your wearer’s specific needs. 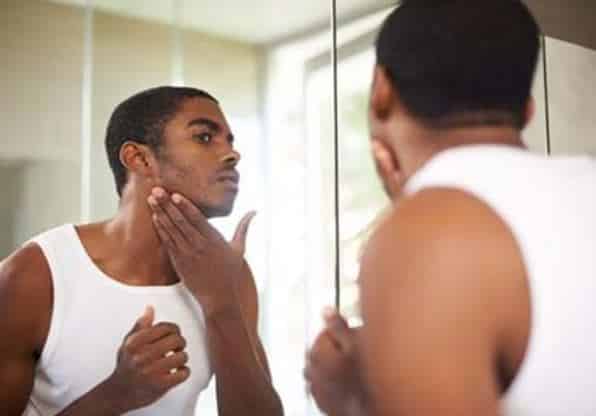 Is their skin prone to acne? Is it sensitive, dry, or oily? Some aftershaves are developed to prevent razor burn and ingrown hairs for example, while others are developed for older or sensitive skin.

This selection should be made carefully to get a good match. Aftershaves are not luxuries. The truth is they are an essential part of the shaving process.

What Is Eau de Toilette Used For?

Eau de Toilette is used purely for scent. It has little to no additional benefit. However, if applied directly to the skin, it may cause excessive dryness and irritation. 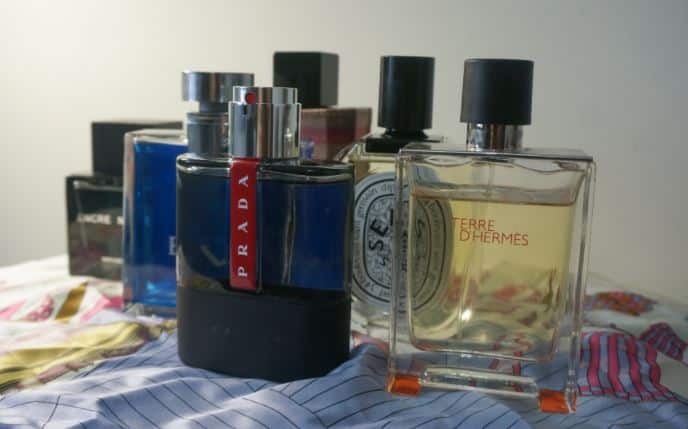 While aftershave is crafted for men, Eau de Toilette can be classified as unisex. Nonetheless, like most unisex products, you will find that there are Eau de Toilette products developed specifically for each gender.

As the name suggests, this one comes in liquid form. Most splashes contain alcohol, which is responsible for the stinging sensation felt on application.

Some splashes however come with witch hazel and aloe vera as base ingredients. Such splashes have the advantage of a sting-free application. They also help to even the skin tone.

Most balms do not contain alcohol and as a result, they are suitable for sensitive skin. They are moisturizing oil-based products.

They have a soothing effect on the skin as opposed to the stinging of alcohol-based aftershaves. However, balm aftershaves tend to expire faster.

As the name suggests, these are gel-based and can be used for both oily and dry skin types.

This is because they hydrate the skin without being greasy. They also have a cooling effect due to antiseptic ingredients such as aloe vera.

These are the lightest aftershaves in terms of composition. They are perfect for oily skin as they do not add extra moisture.

Due to their cooling and calming effects, they work especially well for hot summer months.

Compared to aftershaves, there are countless varieties of Eau De Toilette or ‘toilet water’. Here we mention three ancient ones that are still used to this day:

This is composed of an extract of rose, tuberose, cassia, jasmine, and tincture of civet. It is popular in the Middle East and more so in Egypt.

This one originated and is especially loved in Spain. It is mainly used for application on the hair and skin after bathing.

This one is made with cologne spirits, jasmine, and alcohol

Apart from the above types of Eau De Toilette, we also have numerous generic and designer brands of Eau de Toilette. Each with unique fragrant formulas.

We have already established that aftershave is applied to the face and neck after a shave.

The brand you choose should depend on your skin type. Choosing an Eau de Toilette is easy in comparison as it is a matter of personal preference. 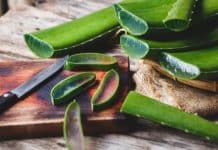 Can I use Aloe Vera as Aftershave? 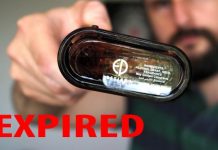 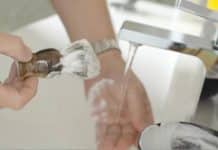 How To Clean Shaving Brush After Use 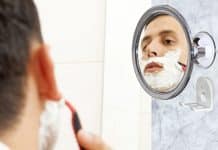 Why Are Shaving Mirrors Concave? 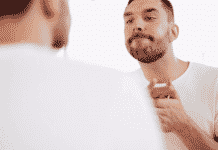 Smell Like A Man: Can You Use Aftershave Without Shaving? 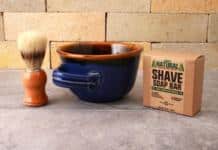 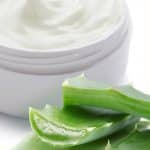 TheShavingClub
If you are like many of us, shaving is something that you may do not like to do, but you still find yourself doing.... 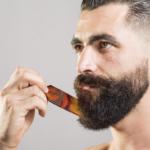 TheShavingClub
Are there gray areas in your beard you want to conceal? Or perhaps you’d like to keep a little of the gray but maintain... 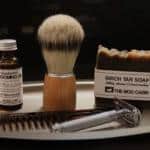 TheShavingClub
Shaving does not only mean trimming or cutting off your facial hair, but it is an art that is perfected over time. There are many... 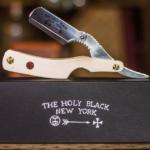 TheShavingClub
Finding the best straight razor can be quite a task if you’ve never shaved with one before. If you’ve been on your wet shaving journey, you probably...